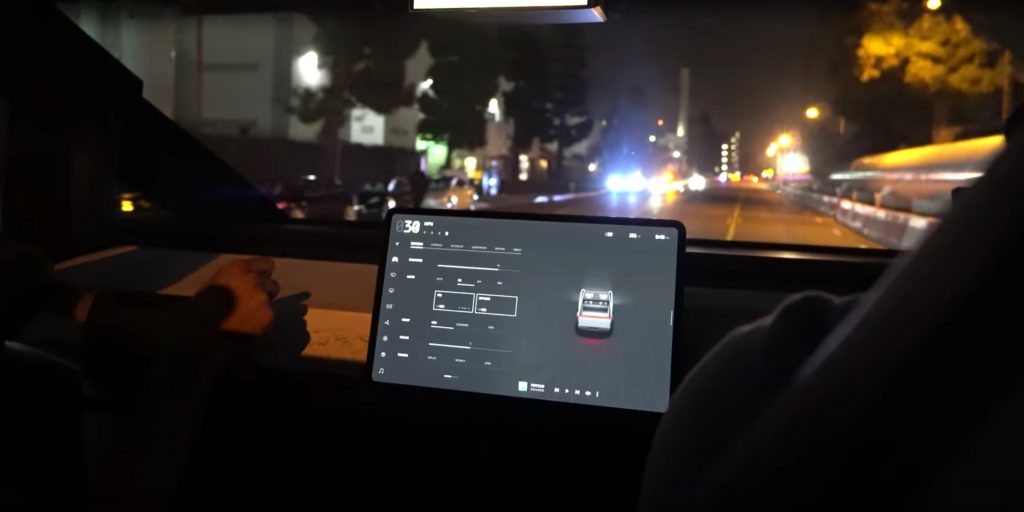 Tesla has plans to support multiple digital display layouts for its vehicle’s center touchscreen through a future over-the-air software update, thereby enabling owners to customize a user experience that best suits their perferences.

Having an option to toggle between pre-defined touchscreen display layouts would give both drivers and passengers alike easier access to vehicle Navigation, Entertainment, Climate features, Music controls, among other Tesla software features, that matter most to them. Additionally, drivers that have a preference for a maximum, undistracted display of their speed limit, Full Self-Driving status, and generally a comprehensive view of driving-related visuals could choose from a full screen layout.

“We will offer multiple display options,” noted Tesla CEO Elon Musk in response to a Twitter suggestion for the ability to pick between various screen layouts.

We will offer multiple display options

Tesla has continued to roll out vast improvements to the Model 3, Model Y, and flagship Model S/X user experience through each major iteration of its in-car firmware. When Tesla launched the highly-anticated Version 10.0 in late 2019, the company introduced a new ecosystem of entertainment that included popular video streaming services like YouTube, Netflix, Hulu, Twitch, as well as a completely revised layout for easy-access to core vehicle functions and new Tesla Arcade games.

Still, Tesla owners do not shy away from providing feedback to Musk (it’s encouraged and has spawned many notable Tesla features) that includes suggestions on how much screen real estate driving functions should occupy.

With V11 and features like remote Sentry Mode monitoring being already teased, a feature that would allow drivers to select from multiple display configurations and increase accessibility but with minimum attention from drivers through over-the-air updates, bodes well for a company that has never rest on its laurels as just a “car company”.