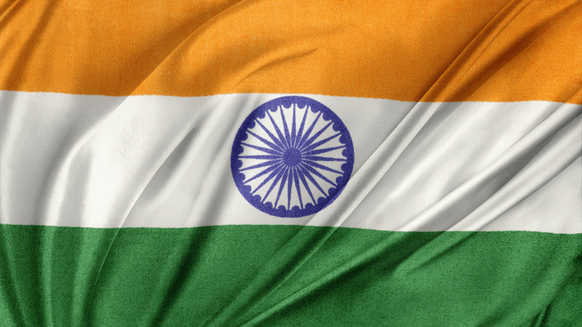 (Bloomberg) — India has been ordered to return over $1.2 billion to Cairn Energy Plc after Prime Minister Narendra Modi’s administration lost arbitration proceedings in a tax dispute, its second defeat since September over such levies.

An international arbitration tribunal ruled that India’s tax claim was not valid and asked the government to repay the funds, along with interest, to Cairn. India had seized dividend, tax refund and shares to partly recover the dues. The judges unanimously ruled that India’s retrospective tax demand breached the U.K.-India bilateral investment protection treaty, Cairn said in a statement Wednesday. India can appeal.

Cairn Energy surged as much as 45% in early London trading, its biggest intraday gain in almost 17 years.

The ruling is India’s second loss in an international arbitration after it changed a law in 2012 enabling it to retrospectively tax companies for mergers and acquisitions going as far back as 1962. A move that spooked investors. Three months ago, Vodafone Group Plc won a years-long tax dispute with the government over a controversial $3 billion tax demand.

“The 2012 amendment muddied the waters for everyone,” said Chitranshul Sinha, a partner at India-based law firm Dua Associates. “Vodafone and Cairn awards should be taken as a lesson that predatorial retrospective tax policies are something which should be done away with.”

The restitution of Cairn’s claim compares with its market capitalization of $1.3 billion, and “if successful and enforced, could produce windfall-enabling M&A or a special dividend,” Bloomberg Intelligence analyst Will Hares wrote last year.

The U.K. oil explorer received the tax claim from Indian authorities in March 2015 over a restructuring carried out in 2006 while preparing for an initial public offering of Cairn India. The tax authorities had seized 10% of Cairn India’s shares, then valued at about $1 billion, according to information on Cairn Energy’s website.

In 2011, Cairn Energy sold most of its holding in the Indian unit to billionaire Anil Agarwal’s Vedanta Resources Plc for $8.7 billion. Cairn Energy had transferred ownership of its Rajasthan oil field, the country’s biggest onshore discovery in two decades, to Cairn India.

The Edinburgh-based company filed a dispute under the U.K.-India Investment Treaty and sought international arbitration that started later in 2015 for the losses over expropriation of its investments in India from the minority holding.

“India needs to gracefully accept the verdict and close this one issue which has been a thorn for foreign investors,” said Dinesh Kanabar, chief executive officer of Dhruva Advisors LLP, a Mumbai-based tax advisory firm.

–With assistance from Debjit Chakraborty and Elena Mazneva.