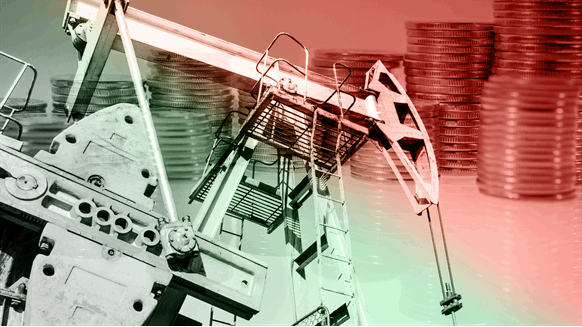 (Bloomberg) — Oil rallied along with equities as a decline in U.S. crude inventories injected optimism into a market that’s reeling from the resurgence of the pandemic.

Futures in New York climbed 2.3% on Wednesday, the most in nearly two weeks. Stocks rose as investors shrugged off the latest tension over a U.S. pandemic relief package, while the U.K. and European Union reached the outline of a post-Brexit trade agreement. The dollar also weakened, boosting the appeal of commodities priced in the currency.

“The sentiment in the crude market has switched from a sell all strength to buy the dip,” said Rebecca Babin, a senior equity trader at CIBC Private Wealth Management. “The dollar and shift towards bidding for risky assets such as in the equity markets continue to be the main driver of trading action.”

Crude’s rally follows a rough start to the week. Futures declined Monday and Tuesday on concerns that the new coronavirus mutation — which is possibly already in the U.S., Germany, France and Switzerland — will cause widespread movement restrictions that would weigh on energy demand. South Korea and the Philippines already moved to temporarily suspend U.K. flights, while Japan is strengthening entry regulations for people traveling from Britain.

Brexit negotiators are now working to finalize the wording of their deal with the EU after almost ten months of often fraught deliberations.

The Energy Information Administration report showed that the U.S. crude inventory decline was largely due to a decrease in West Coast supplies, limiting the impact on prices. The region is sometimes ignored by traders because its distribution system is isolated from the rest of the country.

“The draw in crude was small, but traders and producers have been more opportunistic. That would explain the increase in exports,” said Quinn Kiley, a portfolio manager at Tortoise, a firm that manages roughly $8 billion in energy-related assets.

Investors are also focused on the likelihood of President Donald Trump signing a coronavirus relief package into law by Dec. 28. Speaker Nancy Pelosi said the House plans to proceed Thursday with a bill to replace the $600 stimulus checks in this week’s proposal with the $2,000 payments Trump asked for.