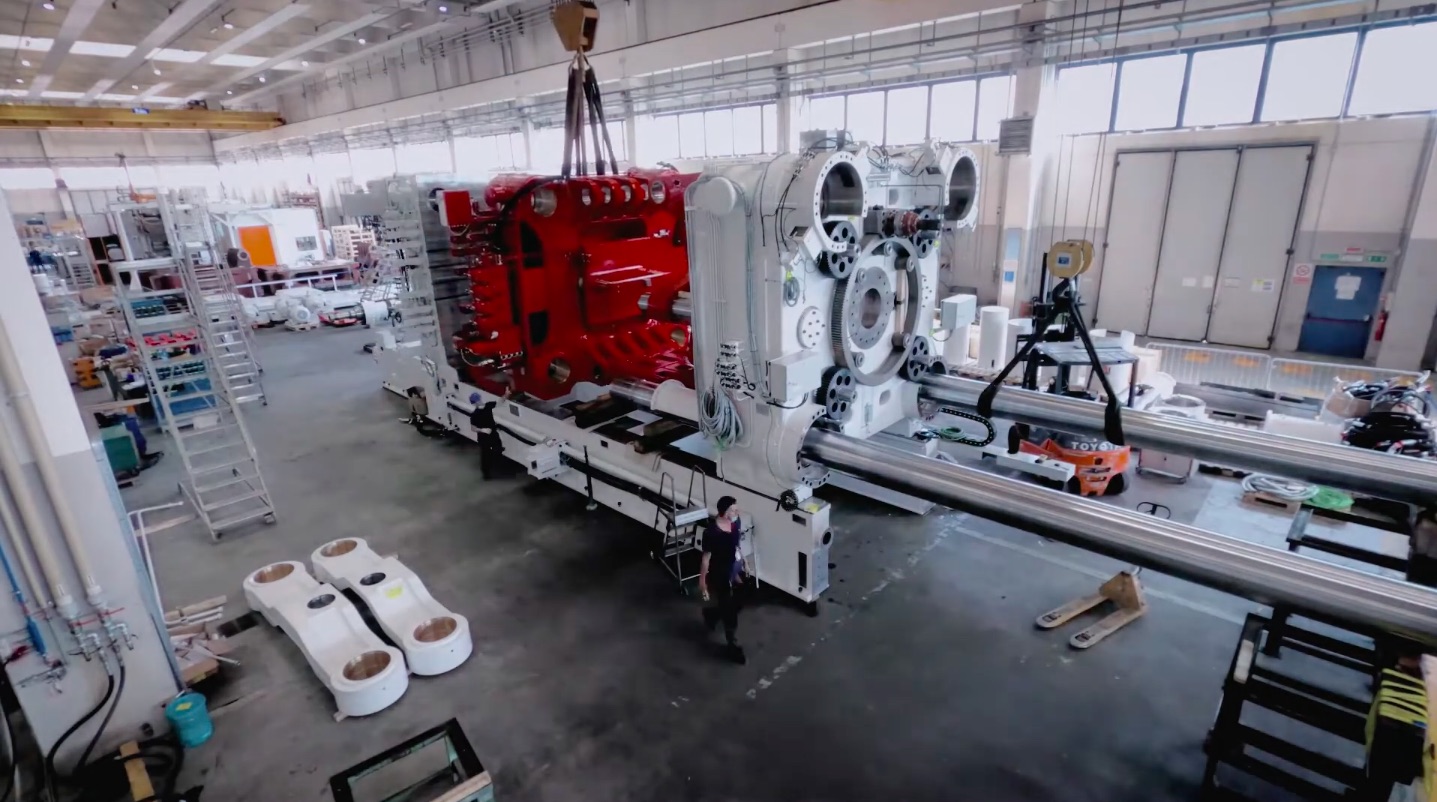 One of the most exciting developments from Tesla eagerly awaited by the electric car community is the company’s use of its giant casting machines. Dubbed by its maker IDRA as the “Giga Press,” the house-sized monster machines are capable of producing single-cast pieces for Tesla’s vehicles, starting with the Model Y.

The Giga Press lives up to its name. Its physical footprint is formidable, measuring 20 meters x 7.5 meters x 6 meters. It also weighs a whopping 430 tons, or about five Space Shuttles. So massive is the Giga Press that it takes up to 24 flatbed trucks to transport its components.

When operating, the Giga Presses are no slouch, as they have a cycle time of ~80‒90 seconds, which translates to an output rate of 40‒45 completed castings per hour, or about ~1,000 castings per day. That’s over 300,000 castings per year, per machine.

A Platoon of Giga Presses

So far, Tesla has set up two Giga Presses on the grounds of the Fremont Factory. Flyovers of the site show that the two machines are already set up, though it remains to be seen when they would formally be deployed. Over in China, three other Giga Presses have been spotted in the Giga Shanghai complex, though the units were reportedly built by LK Machinery, IDRA’s parent company.

But what is rather remarkable is that Tesla has several more Giga Presses in order. Sandy Munro, in a recent interview with electric vehicle advocate Sean Mitchell, noted that he has heard through the grapevine that Tesla has ordered 11 more units of the Giga Presses. Previous reports point to Giga Berlin receiving eight of the machines, and flyovers at the Giga Texas site seem to reveal three isolation pits for the monster machines in the area.

Needless to say, the Giga Press is poised to become a key part of Tesla’s Gigafactories from now on. As Tesla rolls out its single-piece cast design for the vehicles in its lineup, the company’s platoon of Giga Press machines will likely play an even bigger role. This role will likely become prominent starting next year, 2021.

The Year of the Giga Press

Tesla has always been a rebel of sorts, and this became extremely prominent this year. 2020 will likely be known as the year when the world stopped, and automakers suffered deep wounds due to the pandemic. Tesla, being a company that has always swum against the current, thrived instead of dropped. It is even poised to end the year as the newest member of the S&P 500.

But 2020 is only the beginning of a new chapter in the Tesla story. With the company now on more stable footing, the electric car maker can focus on executing its ramp for 2021. This ramp would likely involve Tesla aiming to produce close to, or perhaps up to, a million vehicles in one year. Such a ramp would require the full deployment of its Giga Press machines.

There is little doubt that Giga Press No.1 and No.2 at the Fremont Factory will be deployed fully soon. Giga Press No.3, No.4, and No.5 at Gigafactory Shanghai will likely be operational in early 2021 as well. And with Gigafactory Berlin likely starting Model Y production sometime next year, there is a good chance that several of its Giga Presses would go live next year as well. These, as well as the speculated machines in the Cybertruck Gigafactory in Texas, should allow Tesla to turn 2021 into the year of the Giga Press.

Tesla is a company with a big goal, one which focuses on the Master Plan of its CEO. So far, Tesla has pretty much completed Elon Musk’s first Master Plan, but Part Deux still needs some worth to accomplish. This is especially true for one aspect of the CEO’s target—expanding the company’s vehicle product line to address all major segments.

So far, Tesla has vehicles that compete in the large sedan, midsize sedan, SUV, and crossover market. This is one of the reasons why there is still so much more for Tesla to do. Granted, the Cybertruck will address the pickup market, the Semi will address the long-haul segment, and the new Roadster will compete in the supercar market. But there are still other segments to tap. One of these is the compact car market, which is populated with small, low-cost vehicles that are extremely aggressively priced.

Tesla and Elon Musk have both noted that the company will be producing a $25,000 electric car that is smaller and cheaper than the Model 3. Such a vehicle would likely be equipped with the best innovations that the company can offer for it to be profitable. These include low-cost and disruptive tabless 4680 battery cells and massive single-piece casts that are produced with the Giga Press. And considering that both Giga Shanghai and Giga Berlin seem poised to produce the $25,000 Tesla, there seems to be a good chance that the company’s Giga Press platoon is only bound to get bigger in the near future.

Watch Sandy Munro and Sean Mitchell’s conversations about Tesla and its innovations in the video below.