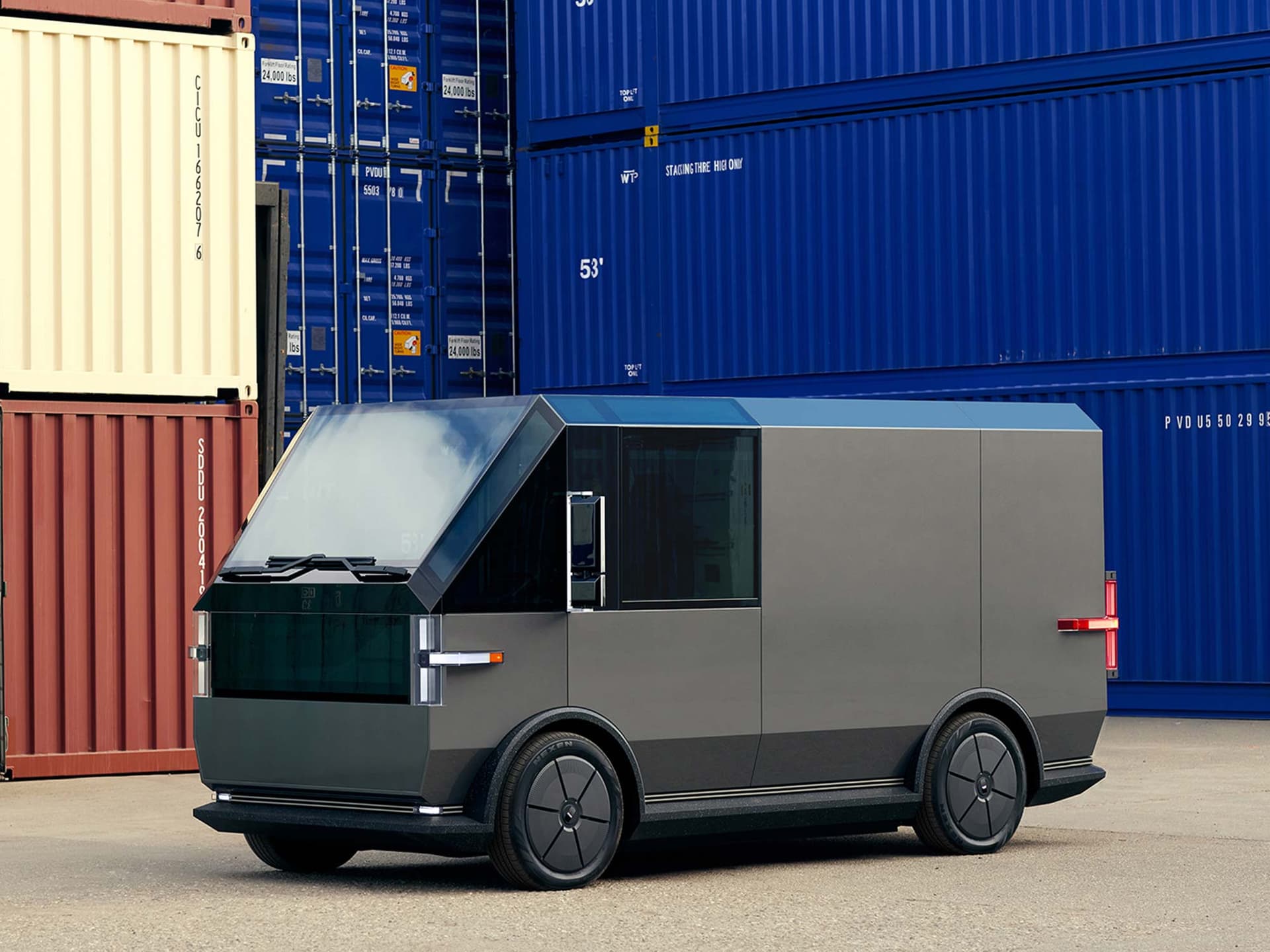 Canoo’s van – known as a multipurpose delivery vehicle, or MPDV, because of the ways it can be upfitted – is designed for commercial customers.

Electric vehicle start-up Canoo unveiled a new delivery van Thursday ahead of its public debut on the NASDAQ next week.

The futuristic-looking van – known as a multi-purpose delivery vehicle, or MPDV, because of the ways it can be upfitted – is designed for everything from last-mile deliveries to food trucks, according to the California company. It is expected to start at around $33,000.

“There are many use cases that this vehicle can do,” Canoo Chairman Tony Aquila, a major investor in the company, said during a video unveiling of the MPDV. “We wanted it to look very smart, very modern but at the same time be very affordable.”

Production of the vehicle is targeted to begin in 2022 and ramp up in 2023. The company did not announce specific plans for production, but it has previously announced a strategic relationship with auto supplier and contract manufacturer Magna International.

Such commercial vehicles are anticipated to be a key driver for the sale of profitable EVs for the automotive industry. It’s a segment start-ups and legacy automakers want to enter rapidly in the coming years. Ford Motor, which leads commercial vehicle sales, plans to release an EV van in 2021, followed by an electric version of its F-150 pickup the following year.

Interior of the Canoo van, also known as a multipurpose delivery vehicle, or MPVD.

Canoo said the MPDV will be available in two sizes with varying EV ranges and battery sizes. The company says the range of the smaller van, known as MPDV1, is expected between 130 miles and 230 miles, while the larger van, MPDV2, is between 90 miles and 190 miles based on battery sizes. Canoo is taking reservations and $100 refundable deposits for the vehicles on its website.

Canoo is part of a wave of new speculative EV start-ups that plan to enter the market after going public through reverse mergers with special purpose acquisition companies, also known as blank-check companies. The company announced its merger deal with Hennessy Capital Acquisition Corp. in August.

Canoo is expected to be listed on the NASDAQ as “CNOO” on Tuesday following a shareholder meeting to approve the merger on Monday. The deal is expected to provide Canoo with approximately $600 million to support the production and launch of EVs.

Shares of Hennessy were down 10% during midday trading Thursday to about $18. The stock is still up by about 69% since the deal with Canoo was announced on Aug. 18.

This is Canoo’s second planned vehicle. The first was a smaller, pill-shaped vehicle designed more for consumers. It’s expected to be available through a membership-only vehicle service by the company beginning in 2022, according to Canoo.

During Thursday’s vehicle unveiling, the company also teased what appeared to be a car and pickup truck under two sheets.