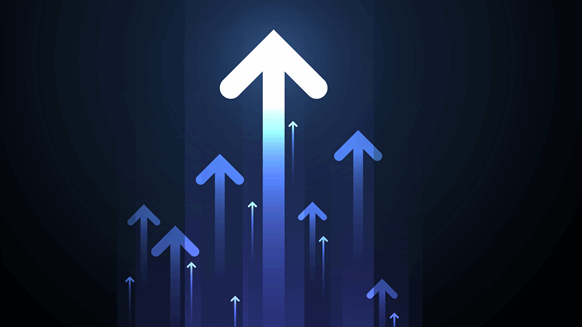 A simple statistic indicates that the energy complex is recovering at a brisk pace, according to one of Rigzone’s regular oil market-watchers. Keep reading to find out which data point supports his assertion, along with additional insights about recent market developments.

Jamie Webster, Senior Director, Boston Consulting Group Center for Energy Impact: Gasoline’s weak demand is not surprising as lockdowns and rising concerns about COVID blunt mobility, with demand down around 15 percent from last year. Refiners are managing still-high production stockpiles and, while gasoline stock builds are normal this time of year, the U.S. remains above the five-year band.

Andrew Goldstein, President, Atlas Commodities LLC: According to the U.S. Department of Energy, U.S. crude inventories fell by 3.14 million barrels last week. With an increase in travel due to the Thanksgiving holiday, that comes as no surprise. The demand is still significantly less than the same period last year – down by 1.7 million barrels.

Tom McNulty, Houston-based Principal and Energy Practice leader with Valuescope, Inc.: Looking at the EIA’s third-quarter report, from yesterday, there are really no surprises. WTI and Brent were roughly 30 percent lower than they were in Q3 of 2019. Liquids production was down 9.3 percent vs. Q3 2019 and natural gas production decreased 7.9 percent over the same comparison time frame. The upstream crowd cut capital expenditures to a level matching lows from the 2016-2020 time period. But this is what matters: operating cash flow is up $88 billion – yes, that’s billion – from Q1 and Q2 of this year. While it is still 31 percent lower than it was in Q3 of 2019, this simple data point shows us that the energy complex is moving rapidly back to health and is fixing lots of problems that the OPEC+ gang and COVID have created.

Phil Kangas, US Partner-in-Charge, Energy Advisory, Natural Resources and Mining, Grant Thornton LLP: As of mid-December oil prices sit at a nine-month high, continuing to reflect the market’s sentiment that the end of the pandemic may be in sight. These prices have shown some resilience despite news of forecasted downward demand adjustments. Not surprisingly, strong oil prices have sparked additional upstream activity. Baker Hughes reported that the U.S. rig count increased last week with 15 drilling units adding to a total of 338 units. Rig numbers are still way behind where they were a year ago, but the recovery trend line continues to head in the right direction.

Krishnan: It must be a welcome relief to oil bulls to see crude stocks actually falling more than anticipated for last week after the previous week’s humongous 15 million-barrel build. A surge of almost 800,000 barrels per day (bpd) in U.S. crude exports helped add to the latest weekly decline in crude stocks, aside from the drop of 1.1 million bpd in imports.

Gasoline inventories are also looking better than thought, although they remain in build territory that continue to weigh on the months-long weakness in the fuels complex. Ditto for diesel-led distillates, although with Pfizer’s vaccine rollout and Moderna’s soon-to-follow shots, we’ll logically see more trucking activity to add to the higher shipments by road common with the holiday season.

Whatever the case, oil bulls seem oblivious to any negative number coming out of the EIA these days, with the only focus seems to be getting WTI to $50 per barrel and above. At the time of writing, it was above $48 so another $2 shouldn’t be too hard. Question is: where do we go after that?

Everything seems to be hedged on vaccines now and the recovery projected in 2021, with nary a thought to the dark horses on output such as Libya, Iran and U.S. shale.

Libya is raising production by the day and Iran is eager to stir both the hornet’s nest by ramping up both its crude output and nuclear enrichment once Trump leaves office.

And mind you, shale isn’t dead but just taking a break.

OPEC is kidding itself if it thinks the deal brokered by Donald Trump in April among the different OPEC+ players and the U.S. shale industry is actually cast in stone or that people will respect and hold to that in the COVID-free era. Nothing could be further from the truth.

Kangas: In the face of recent severe lockdowns across Europe and elsewhere, Bloomberg News reported that global oil demand is rebounding more than expected after hitting a low point last month. Analysts noted that consumption increases in Asia and Latin America, coupled with stronger-than-expected demand in Europe, offset lower demand from the U.S. According to Bloomberg, demand indicators which track road usage and traffic activity globally signaled that gasoline and diesel fuel usage is on the rise.

Notwithstanding these positive signs, OPEC published its quarterly forecast earlier this week where it adjusted down its optimism for 2021 demand. According to the report, OPEC predicts global oil demand at 93.97 million bpd in the first three months of next year – down from 94.95 million bpd. Similarly the International Energy Agency (IEA) revised down its 2021 demand forecast by 170,000 bpd in its December report, mainly because of a downgrade for jet fuel/kerosene demand.

Goldstein: With OPEC’s increase in production slated for January 2021, the recent rally in WTI crude oil is somewhat surprising. Over the last five trading sessions we have seen higher highs and higher settlements.

McNulty:I thought the IEA’s comment that oil demand will be “lower for longer than expected” was surprising, mainly because it is wrong.