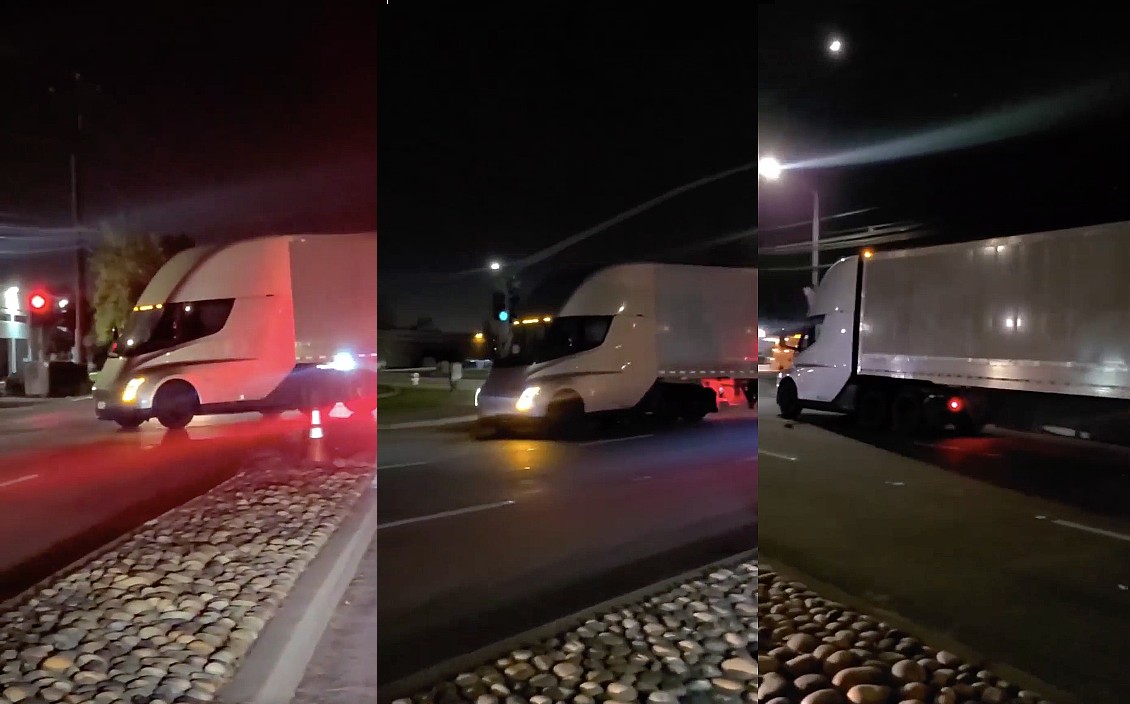 The Tesla Semi is a new breed of Class 8 truck. Apart from its futuristic design that makes it look distinct compared to conventional diesel-powered long-haulers, the Semi also features some otherworldly performance specs. This was teased recently in a sighting of the vehicle, which featured the Class 8 truck accelerating right after performing a left-hand turn.

A short video of the silver Tesla Semi in action was posted in the r/TeslaMotors subreddit by u/sk33ny, who noted that the sighting happened in Fremont, California. Similar to the red Semi prototype spotted in the Fremont Factory grounds last month, the silver prototype was also pulling a trailer, suggesting that the vehicle was transporting cargo.

The video of the silver Tesla Semi’s recent sighting was brief, but it does showcase two notable aspects of the upcoming Class 8 truck. Immediately noticeable was the Semi’s smooth and quick acceleration, which allowed the vehicle to gather speed immediately after it took the left turn. The otherworldly sound that the vehicle makes was also evident, highlighting the impression that the Semi is truly a futuristic long-hauler.

Several factors enable the Semi to achieve its stellar acceleration figures. During the vehicle’s unveiling back in 2017, Elon Musk remarked that the Semi is equipped with four Model 3-derived electric motors, which allow the vehicle to hit 60 mph in 5 seconds without a trailer. Even with a trailer, the Semi could hit highway speeds in about 20 seconds, far quicker than traditional, diesel-powered Class 8 trucks.

The Semi was initially expected to begin deliveries in 2019, but this date has been pushed back amidst Tesla’s focus on the Model 3 and Model Y and its work in battery development. So far, it appears that the Semi, when it does get rolled out, will be released with superior specs compared to the figures announced during its unveiling. This was teased by Elon Musk recently when he remarked that the Semi has a path to a range of about 620 miles per charge.

Watch the Tesla Semi’s recent sighting in the video below.