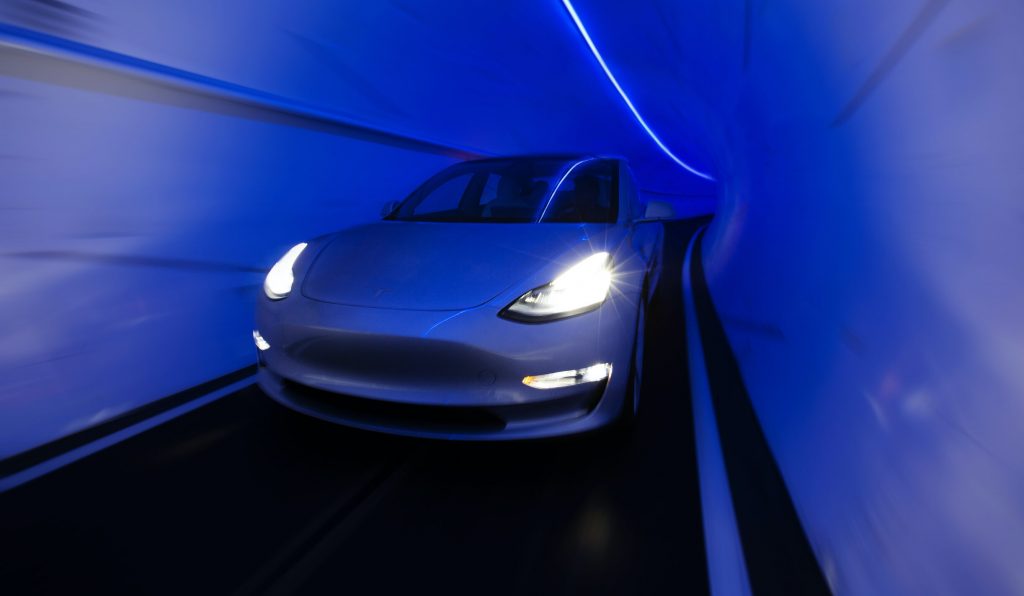 The Boring Company’s Las Vegas Convention Center Loop tunnels may be capable of moving over 8,000 passengers per hour, and that may not even be the system’s full capacity. These findings were related in a recent simulation that was shared online, which depicted three operating scenarios for the upcoming high-speed tunnels.

Using PTV Vissim software, a professional traffic simulation program, tunneling enthusiast Phil Harrison modeled how the LVCC Loop would work as a public transport service. The simulation utilized plans from The Boring Company’s official submissions to Clark County to depict the layout of the high-speed tunnels and stations as accurately as possible.

Harrison took a fairly conservative approach, with the simulation capping the number of passengers allowed in each station at just 100 people. This is quite conservative and will likely be exceeded by real-world conditions in the actual LVCC Loop. The tunneling enthusiast described the simulation’s concept and design in his YouTube video’s description.

“At each station, half the bays go to the one of the three stations and the other half to the other station. This allows for direct point to point travel. For each scenario, the input frequency of cars is increased and the maximum passengers allowed to collect in the platform area is 100. The biggest bottleneck is the pedestrian crossing at stations 1 and 3 so have added a theoretical signal and escalator,” Harrison wrote.

In a “base case” scenario, which involves cars with three passengers traveling through the tunnels at 75 mph, moving around the stations at 9 mph, and dwelling in the loading bays for 60 seconds, the simulation achieved a throughput of 2,160 passengers per hour. Each trip averaged 72 seconds from one end of the LVCC Loop to the other.

A second scenario employed a signaled pedestrian crossing, which allowed cars to navigate stations at 12 mph. Bay dwell time was adjusted to 45 seconds, and four passengers were allowed per vehicle. Under these scenarios, the simulation moved 4,320 passengers per hour, with trips taking an average of 58 seconds.

A third scenario, fondly dubbed “maximum plaid,” featured a system that used escalators that led directly to the Las Vegas Convention Center. Station speeds were at 25 mph, and bay dwell times were listed at 30 seconds. Speeds of the Model 3s in the Loop system was also raised to 140 mph, and four passengers were allowed per vehicle. Under these circumstances, the simulation achieved an impressive throughput of 8,640 people per hour with average trips taking 42 seconds.

Watch a simulation of the Las Vegas Convention Center Loop tunnels in action in the video below.

The Boring Company’s LVCC Loop can move over 8,000 people every hour, simulation shows