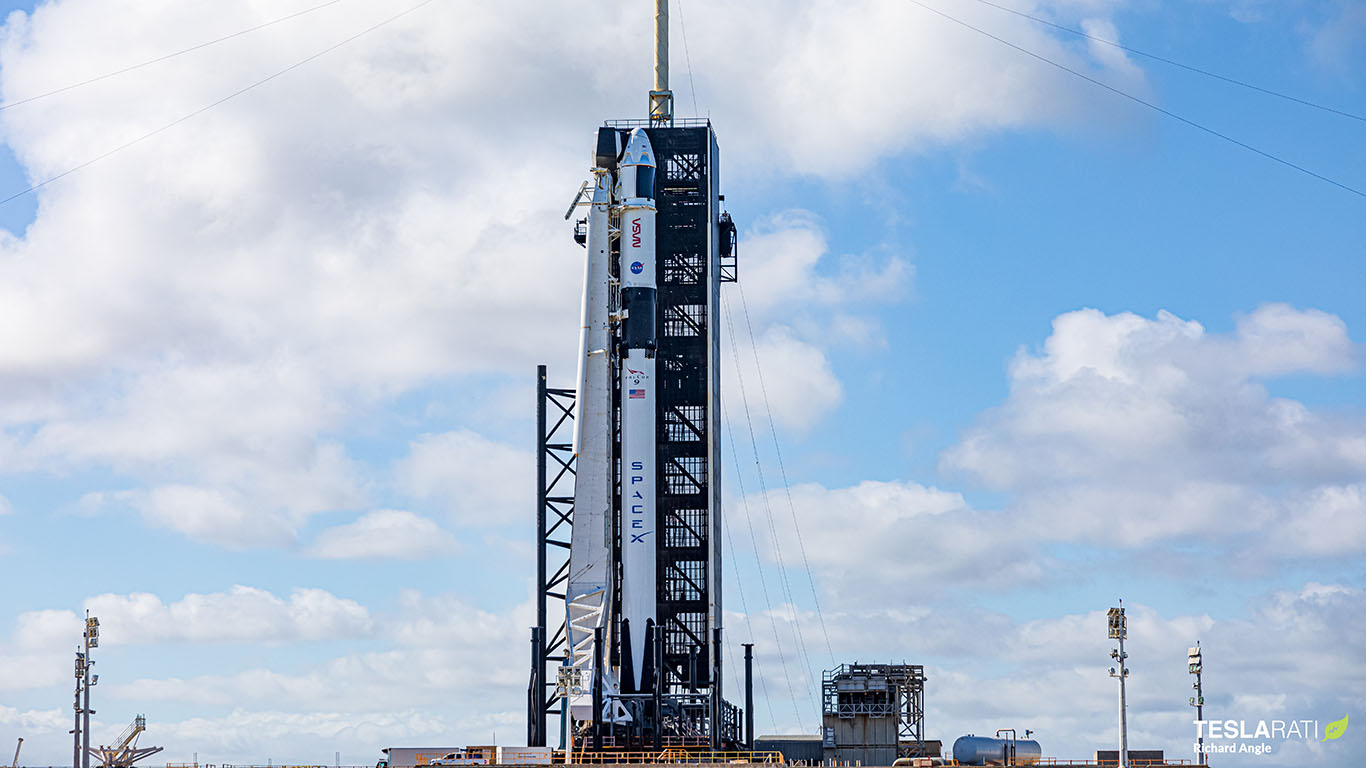 On Friday evening, Nov. 13, NASA and SpaceX announced that the first operational Commercial Crew Program mission of the Crew Dragon would be delayed 24 hours to Sunday, Nov. 15, at 7:27 pm EST (0027 GMT 11/16). During a Crew-1 pre-launch news conference, SpaceX’s senior director of the Human Spaceflight Programs, Benji Reed, stated that the delay was driven by impacts on recovery efforts caused by tropical storm Eta, which had plagued Florida for days.

Just prior to the news conference, United Launch Alliance(ULA) successfully launched its Atlas V rocket after suffering delays of its own earlier in the week. The NROL-101 mission carried a classified payload for the National Reconnaissance Office of the U.S. government and successfully launched from Space Launch Complex 41 (SLC-41) at Cape Canaveral Air Force Station at 5:32 pm EST.

Weather, especially that caused by tropical storm Eta, has caused a domino effect of delays for SpaceX and ULA over the last few weeks. The ULA Atlas V 531 rocket stacked with the secretive NROL-101 payload, initially set to liftoff on Nov. 3, was first delayed by damage sustained to environmental control system hardware of the upper stage.

According to company CEO, Tory Bruno, as the rocket was transported from ULA’s vertical integration facility (VIF) to the launchpad of SLC-41, very high winds caused damage to a duct that controlled the flow rate of an upper payload environmental control system. As a result, the rocket was returned to the VIF to have the duct replaced. A launch attempt scheduled for the following day on Wednesday, Nov. 4, was called off due to an unrelated problem with ground support equipment.

The NROL-101 mission was then set to launch on Sunday, Nov. 8, but that attempt was eventually called off due to the impending weather that would be brought across the Florida peninsula by then hurricane Eta. On Friday, Nov. 6, the Atlas V 531 rocket and payload for the National Reconnaissance Office was once again returned to the VIF for protection from the storm.

A final launch attempt was identified for Friday, Nov. 13, just 22 hours before the scheduled launch of the SpaceX, NASA Crew-1 mission from nearby Launch Complex 39A at the Kennedy Space Center. Fortunately, the weather held out long enough for the ULA Atlas V 531 rocket to liftoff. Following liftoff and successful payload deployment the mission was later declared a full success by ULA.

Similarly, the SpaceX and NASA Crew-1 mission has also suffered setbacks due to inclement weather, although not at the launch site. Following the successful launch and landing of the B1062 Falcon 9 of the recent GPSII-SV04 mission on Thursday, Nov. 5, SpaceX recovery teams battled unsettled seas to return the booster and the recovery droneship, Of Course I Still Love You (OCISLY), safely back to Port Canaveral.

After securing B1062 safely aboard OCISLY, the SpaceX recovery vessel GO Quest took refuge at the Port of Morehead City in North Carolina. The recovery crew would wait there to assist with the recovery of the B1061 Falcon 9 of the Crew-1 mission, rather than return to Port Canaveral in Florida. The droneship Just Read The Instructions (JRTI) was intended to meet the crew of GO Quest at the Crew-1 booster recovery zone prior to the end of the week.

Due to high winds and rough seas churned up by tropical storm Eta, the OCISLY droneship took an exceptionally tedious 7-day journey hugging the eastern coast of the United States to return to Port Canaveral. The delay caused the crew transfer process from OCISLY to JRTI to be delayed which in turn hindered the departure of the JRTI droneship.

As tropical storm Eta moved out and away from Florida the waters of the Atlantic remained too rough for the JRTI droneship to make up for the lost time. Following the conclusion of SpaceX’s Crew-1 preflight launch readiness review on Friday, Nov. 13, it was announced that the delay in getting the recovery droneship to the B1061 landing zone would delay the Crew-1 launch attempt by 24 hours.

Recovering the Falcon 9 booster, of any mission, is a secondary mission objective. However, the recovery of the Crew-1, B1061 Falcon 9 is important to both NASA and SpaceX – enough so to delay a launch attempt. NASA and SpaceX have already designated this booster to be reused on the next Crew Dragon mission, Crew-2, targeted for no earlier than March 30, 2021. In order to reuse a booster to save on launch costs, it must first be successfully recovered.

If all goes to plan, three NASA astronauts and one astronaut from the Japan Aerospace Exploration Agency will climb aboard the Crew Dragon Resilience on Sunday, Nov. 15, and blast off to the International Space Station precisely at 7:27 pm EST (0027 11/16) from LC-39A at the Kennedy Space Center.

NASA and SpaceX will provide a hosted live broadcast of all Crew-1 events beginning at 3:15 pm EST on Sunday, Nov. 15, on NASA TV and on the SpaceX website.