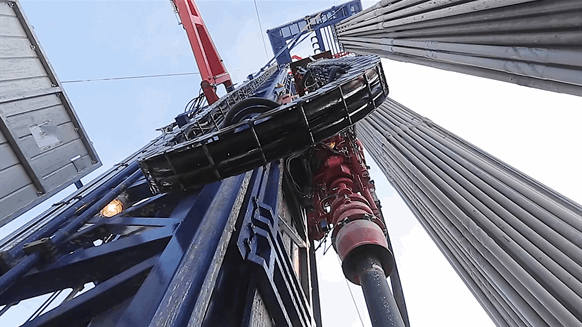 (Bloomberg) — The price to drill an acre of land in the biggest U.S. shale basin has tumbled amid the oil rout, creating conditions ripe for more mergers and acquisitions.

Drilling rights in the Permian Basin of West Texas and New Mexico averaged about $24,000 an acre in recent deals, down 67% from 2018, according to Rystad Energy, an Oslo-based research firm. Across U.S. shale, the average price has plummeted to about $5,000 an acre, compared with $17,000 two years ago.

The plunge in acreage prices is a sign of the crisis facing U.S. oil and gas explorers, who are grappling with a pandemic-driven slide in crude demand after more than a decade of debt-fueled production growth. Large, financially stable producers are gobbling up smaller peers amid a wave of takeovers, the biggest of which was ConocoPhillips’s proposed purchase of Concho Resources Inc. for $9.7 billion.

The average price for Permian drilling rights has plunged since 2018. SOURCE: Bloomberg

“Low equity prices and the need for investor support is motivating many operators to look for new options to merge,” Rystad senior analyst Alisa Lukash wrote in a report Thursday.

Industry-wide costs for drilling and completing wells will probably drop as much as 5% next year because of consolidation, increased standardization and a drop in service costs, Rystad said. Even more capital will be allocated to the most prolific Permian acreage, the firm said.

Permian-focused Concho’s drilling rights were valued at about $10,471 per acre in the proposed ConocoPhillips takeover announced last month, according to Bloomberg Intelligence. That compares with $75,504 an acre for Concho’s purchase of RSP Permian Inc. in 2018.