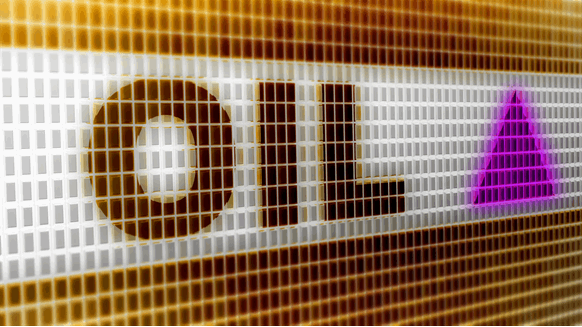 (Bloomberg) — Oil rose to its highest in more than two months in London on optimism that a potential coronavirus vaccine will boost demand, offsetting immediate concerns over growing virus lockdowns.

Futures in London climbed 2.9% to the highest since early September, extending Monday’s gain following encouraging results from a large-scale vaccine trial. While headline prices are advancing, there have also been sharp moves in the structure of the futures curve. Brent for six months ahead was at its strongest versus 12 months out since March, a sign that traders are growing more positive on supply and demand balances for the second half of the year.

In fact, the head of the world’s largest independent oil trader said oil demand should recover to pre-pandemic levels by the northern hemisphere’s fall season next year. Vitol Chief Executive Officer Russell Hardy predicted 100 million barrels would emerge from storage over the next five months if the Organization of Petroleum Exporting Countries and its allies hold off on planned production increases.

“Price gains from here get tougher,” said Rob Haworth, senior investment strategist at U.S. Bank Wealth Management. “Shutdowns in Europe are going to limit activity for the next month. There’s only so much you can do when you got a spot market that remains awash in oil.”

Crude was one of the assets lifted recently by the broad market euphoria surrounding a potential vaccine. But ahead of a viable, widely distributed vaccine, growing lockdown restrictions in parts of Europe and surging cases worldwide present lingering threats to a sustained demand recovery. Meanwhile, the continued return of Libyan supply remains a complicating factor for the OPEC+ alliance’s plan to taper output cuts in January.

Still, an improving picture in Asia offers a bright spot, with consumption recovering in China and oil demand in Japan roughly back to normal. In further signs of strength, the spread between West Texas Intermediate’s December 2021 contract firmed to its strongest against that for the following December since February, while the Middle Eastern Dubai benchmark was trading in a bullish backwardated structure.

“Large speculators came into this week holding a near record ‘short’ position in the ICE Brent contract, which helped fuel yesterday’s impressive rally at the front of the curve where most of those ‘short’ positions are held,” said Ryan Fitzmaurice, commodities strategist at Rabobank. “A combination of expected fundamental tightening next year along with aggressive ‘short’ covering” is driving the buying in deferred spreads.

Monday’s price rally came after a mammoth short position had built up in the oil market. That forced a buying spree as traders rushed to cover those bearish bets. It also triggered a rally in some refined products, most notably jet fuel.

There are more reasons to remain cautious of the rapid surge in prices. Goldman Sachs Group Inc. said fresh virus outbreaks will present a speed bump to the oil market before further tightening. Meanwhile, BMO analysts said it is “too soon” for $50 oil prices as the market contends with supply headwinds such as returning Libyan output, though the market could balance in the second half of next year.

In the U.S., expectations are for a second straight weekly draw in domestic oil stockpiles, according to a Bloomberg survey. The industry-funded American Petroleum Institute will report its figures later Tuesday ahead of a U.S. government report on Thursday.

“The announcement of a vaccine will impact asset price through sentiment, but there will be a considerable lag before we have positive and tangible effects on the economy,” said Harry Tchilinguirian, oil strategist at BNP Paribas SA. “As oil demand is still on the mend, OPEC+ will need to address the return of Libyan oil barrels and the reinstatement of supply which affects the pace of the re-balancing of the market.”

Renewables to overtake coal and become world’s biggest source of electricity generation by 2025, IEA says
OPEC+ agrees to stick to its existing policy of reducing oil production ahead of Russia sanctions
Energy markets are facing ‘one or two years of extreme volatility,’ Enel CEO says
Energy stocks could double next year even in a flat market, according to Fundstrat’s Tom Lee
Tesla Semi First Delivery News Roundup [Live Coverage]