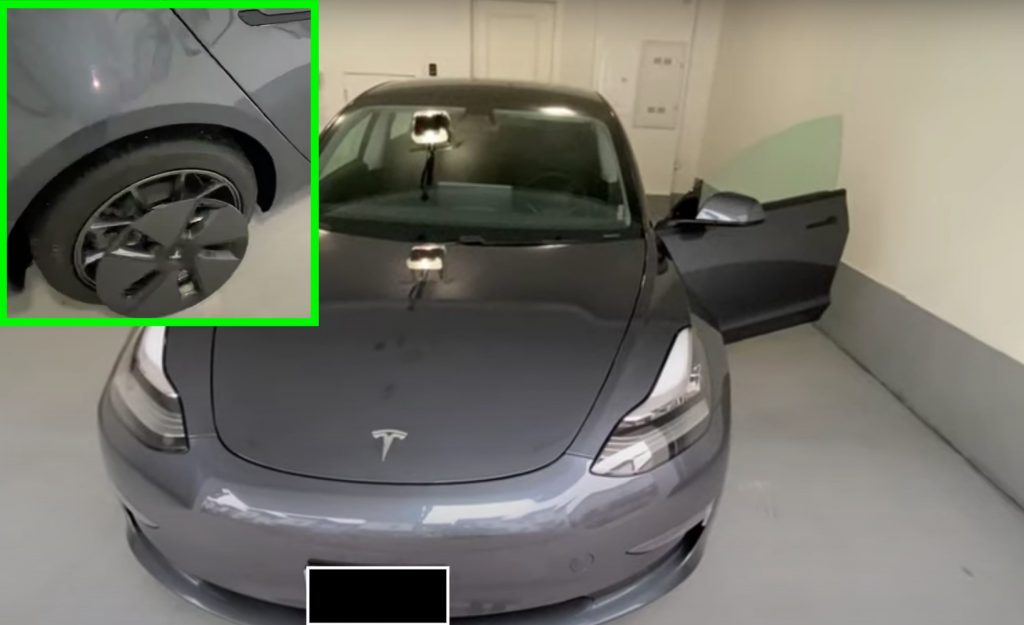 Some new Tesla Model 3 features have been confirmed by at least two reservation holders who recently received their all-electric sedans. Tesla delivered another new Model 3 with the refreshed exterior and interior in British Columbia, Canada to Mahdi Askarzadeh.

Askarzadeh shared a video of his new Model 3 around the same time fellow Tesla owner David Narayan reported one of the first refreshed Model 3 deliveries in the United States. Askarzadeh provided some answers to common questions about the refreshed Model 3.

In his first video, Askarzadeh gave his viewers a closer look at the Model 3’s new Aero wheels. As previously stated by Teslarati, there were few fans of the old Aero wheel design. With the refresh, Tesla gave the wheel a cover with an updated, somewhat flatter design. Askarzadeh took off his Model 3’s updated Aero wheel cover, revealing that the vehicle still maintains its old wheel design underneath.

At face value, the quality of new Model 3’s fit and finish seems on par with the previous version. Askarzadeh showed the interior of his car’s door and noted the hard plastic Tesla used as well as its matte finish. He was also told that the cushions used in the Model 3’s seats were a little different.

In a second video, Askarzadeh said that the new Model 3’s steering wheel did not have heating functions yet, but it did have heated seats. He also played with the headlight controls and could move them up and down minimally.

David Narayan, who goes by the username u/kawikados on Reddit, revealed some details about his new Model 3 via the r/TeslaModel3 subreddit. He said that only the front windows were double-paned. Narayan also noticed some minor gaps in the trunk and wheel bearings of his car. On Instagram, the new Model 3 owner said he could charge his AirPod Pros through the wireless charging pads, as long as he places them on something to reach the coils.

Askarzadeh and Narayan didn’t talk much about the new Model 3’s heat pump in their videos. However, Tesla has confirmed its existence by formally adding the heat pump to the Model 3’s parts catalog and talking about it during the Q3 earnings call. The heat pump is expected to improve the efficiency of the Model 3, which should prove invaluable in places that experience frigid weather.

“I was just going to say, I mean, I think one of the things we focused on with the Model Y and now Model 3 heat pump system was learning how to build a tightly integrated system capable of moving heat to and from anywhere really, powertrain, battery, cabin, the environment, outside ambient temperatures, all the way down to like negative 20 C, so 30 C,” said Tesla’s Senior VP of Powertrain and Energy Engineering Drew Baglino at the last earnings call.

Askarzadeh might be one of the first reservation holders to receive Tesla’s new Model 3 in Canada. Based on Askarzadeh and Narayan’s accounts, it seems that Tesla has started conducting deliveries for its refreshed Model 3 to customers.

Check out Askarzadeh’s videos about his refreshed Tesla Model 3 in the videos below.