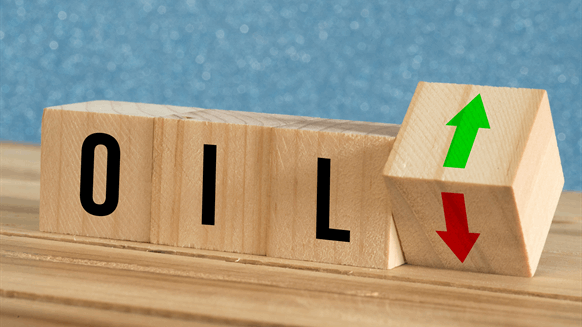 (Bloomberg) — Oil pared its weekly gain as a resurgent pandemic raised the risk of further demand destruction, while the market awaits the outcome of a tightly contested U.S. election.

Futures in New York dropped 4.3% on Friday, the largest one-day decline in more than a week. Increasing expectations over OPEC+ delaying its planned output increase in January and a post-election rally in equities helped crude prices with a strong start to the week. But a string of renewed lockdowns in Europe and record case counts in the U.S. kept any upward price momentum in check.

Conflicting themes have emerged over what the prospect of a divided government means for the oil market with Democrat Joe Biden appearing to be on the brink of victory in the U.S. presidential race. A split Congress reduces the likelihood of President Donald Trump’s tax cuts being rolled back under a Biden presidency, but also means any virus aid package may be thin and only come after a drawn out negotiation process.

“The explosion in Covid-19 is a serious demand destruction event” for oil, Bob Yawger, head of the futures division at Mizuho Securities, said in a note. “Crude oil is looking exhausted and may be vulnerable to a pullback.”

The new surge in coronavirus cases has presented a fresh threat to oil’s fragile demand recovery, with governments rethinking reopening plans to curb the spread of Covid-19. Meanwhile, the decision by Royal Dutch Shell Plc to shut its Convent refinery in south Louisiana as it continues to seek a buyer adds to a string of refinery closures in the wake of anemic demand.

“Sentiment around oil is not very good right now,” said Bill O’Grady, executive vice president at Confluence Investment Management in St. Louis. “There are worries about oversupply and under demand, and the surge in the virus count both in the United States and Europe is raising concerns.”

Biden is nearing victory after taking the lead in Pennsylvania over Trump, with expectations that a new administration could attempt to impact a variety of U.S. energy policy areas, such as fracking and relations with Iran. Still, uncertainty lingers as Trump’s campaign promises legal challenges that could draw out results, though its lawsuits to challenge the count have gained little traction.

Meanwhile, as the market continues to wrestle with abundant stockpiles amid a pandemic-induced demand slump, the world’s largest independent provider of oil storage said it has no space for hire at key fuel trading locations. Royal Vopak NV’s total occupancy rate was the highest its been for any three-month period since the start of 2019.