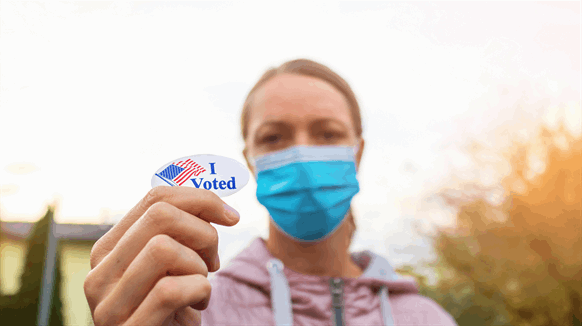 Stories about Tuesday’s U.S. election are ubiquitous nowadays. Two recent articles commanding much attention from Rigzone’s downstream readership speculate about effects on the oil and gas industry given one of the possible election outcomes. Find out more in this review of popular articles linked to the downstream from this past week.

During the Oct. 22 U.S. presidential debate, Democrat Joe Biden acknowledged his goal to eventually replace fossil fuels with renewable energy if he wins the White House. President Trump, the Republican incumbent, asked Biden if he aimed to shut down the oil industry. Biden answered in the affirmative, and Trump quickly urged voters in energy-producing states to remember the response – and the impact such action would have on employment. This Bloomberg article about the exchange – tied to Biden’s climate plan – garnered significant interest from Rigzone’s downstream readers. The wire service also reported that Biden later sought to downplay his anti-fossil fuel stance. It added that some down-ballot Democrats in tight races tried to distance themselves from Biden’s statements.

Continental Resources Inc. Chairman Harold Hamm enjoys a close relationship with Trump and is a staunch supporter of and energy advisor to the President. Speaking to Bloomberg before the Oct. 22 debate, Hamm predicted that domestic gasoline prices could get much higher under a Biden administration. Referencing Biden’s $2 trillion climate plan that would discourage the use of fossil fuels, Hamm said that gasoline prices could hit a record-setting $6 per gallon. The article also provides insights about potential effects of Biden’s plan from an industry analyst and another upstream exec.

On the opposite side of the Atlantic, a maritime security incident occurred aboard an oil/chemical tanker in the English Channel on Oct. 25. As this staff-written article points out, police, military and other personnel had responded to a mayday call from the tanker off the Isle of Wight. Stowaways aboard the vessel, which police said had traveled from Lagos, Nigeria, reportedly had made threats to crew members. A security firm also noted that the crew had not been in command of the tanker at some point. In addition, it pointed out that such events were not unheard of in English waters; another hostile takeover of a vessel had occurred in Dec. 2018.

Iran Nuclear Talks Likely to Resume After Biden Gulf Trip
UK-based startup Tevva launches hydrogen-electric truck with 310-mile range
Summer temperatures — and inflation — are running hot. Here’s how to save money on cooling bills as prices rise
Bitcoin Family say they lost $1 million on their investment this year, but sold a lot at peak
Europe’s plans to replace Russian gas are deemed ‘wildly optimistic’ — and could hammer its economy