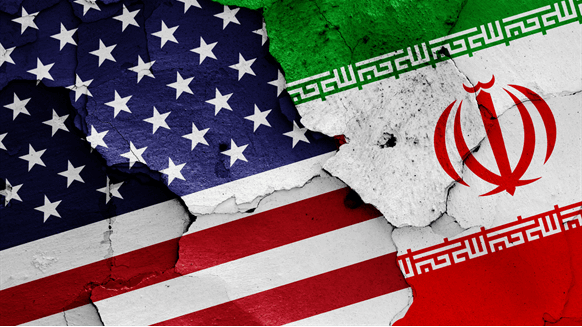 (Bloomberg) — The Trump administration announced sanctions on eight companies involved in the sale of Iranian petrochemicals and said previous seizures of Iranian petroleum bound for Venezuela brought the U.S. $40 million that will be given to American victims of terrorism.

The actions announced on Thursday gave the administration a chance to highlight President Donald Trump’s “maximum pressure” campaign against Iran less than a week before the Nov. 3 election. His supporters have touted Trump’s tough action on Iran as a promise kept after he vowed in 2016 to restore sanctions and quit the Obama-era deal constraining the country’s nuclear program.

As part of the coordinated actions on Thursday, the Treasury Department announced new sanctions against petrochemical firms and trading companies in Iran, Singapore and Hong Kong. The department said those trades were worth tens of millions of dollars and went through a broker named Triliance Petrochemical Company Ltd., which was sanctioned in January.

Petrochemical sales are a key source of revenue for Iran, and the U.S. alleges that the government uses it to finance a “destabilizing agenda” in the Middle East and Venezuela, Treasury said in a statement.

At the same time, the Justice Department unsealed two earlier complaints: One detailing how the U.S. had seized two shipments of antitank missiles and other weapons from Iran’s Islamic Revolutionary Guard Corps that it says were intended for Yemen’s Houthi rebels; and the other highlighting the U.S. seizure of the petroleum that was bound for Venezuela.

“The two forfeiture complaints allege sophisticated schemes by the IRGC to secretly ship weapons to Yemen and fuel to Venezuela, countries that pose grave threats to the security and stability of their regions,” John Demers, head of the department’s national security division, told reporters on a conference call.

The Justice Department said the U.S. had sold off the petroleum and the $40 million would go to the U.S. Victims of State Sponsored Terrorism Fund.

The officials denied any political motivation for Thursday’s announcements. But Elliott Abrams, the State Department’s special representative on Iran and Venezuela, said the sanctions actions — which brought this week’s total of oil and petrochemical actions to 41 — had given the U.S. leverage to bring Iran back to the table for a better deal than the one President Barack Obama’s administration signed. He implied Democrat Joe Biden might squander it if he wins the presidency.

“We’re building up a lot of leverage and our hope is it will be used and used wisely and not simply discarded,” Abrams said. “That would be foolish and tragic.”