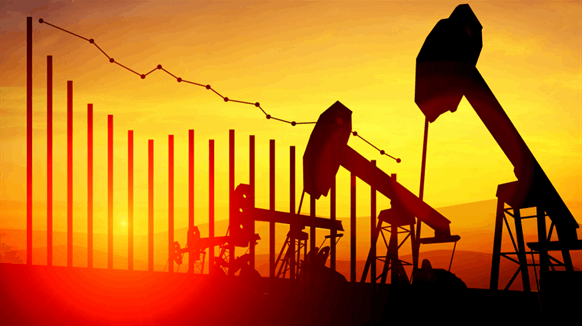 Futures fell 1.1% in New York on Friday to end the week below $36 a barrel taking their cue from a broader market selloff and the worst week for U.S. stocks since March. At the same time, the U.S. posted a record surge in daily coronavirus infections, while new restrictions in Europe could drive the region toward another recession.

“The risk appetite in the market is definitely lower,” said Rob Haworth, senior investment strategist at U.S. Bank Wealth Management. “The return-in-demand story is taking a lot longer to play out than oil bulls had hoped.”

A return to tougher lockdown measures will likely deter a substantive rebound in airline demand, with more restrictions in Europe prompting further cuts in airline capacity for the remainder of the year. Still, there’s some support from booming freight markets and improvements in China and India. All the while, traders are looking ahead to next week’s U.S. election and an OPEC+ meeting at the end of November.

The concerns over demand come at a time when the Organization of Petroleum Exporting Countries and its allies face a challenge in their efforts to keep supply in check with the faster-than-expected return in Libyan output. Iraq reaffirmed its support for the OPEC+ oil-production cuts and won’t be seeking any exemption from the curbs next year, Oil Minister Ihsan Abdul-Jabbar said.

“There’s a really high level of insecurity out there surrounding the election, surrounding the path of economic growth, and this new surge in infections,” said Bill O’Grady, executive vice president at Confluence Investment Management in St. Louis. “Until you get some evidence that things are starting to improve, it’s going to be tough for crude to do better.”

The futures curve also continued to weaken. WTI’s front-month contract closed at the deepest discount to its second-month since early September. The spread between the benchmark’s nearest December contracts, a closely watched gauge of market strength, also deepened its contango.

Deteriorating refining margins are spurring refiners to shutter plants or take tentative approaches to reopening facilities as fuel demand remains depressed. Phillips 66 said a restart of its Alliance refinery in south Louisiana in early 2021 depends on market conditions, while in Australia, BP Plc said it will cease fuel production at its Kwinana refinery. Exxon Mobil Corp. sees more pain ahead for the space, saying there are more oil refineries than the world needs and the least-sophisticated plants will continue to shut down.

“The oil refining sector is witnessing some rather abrupt changes in light of the global pandemic and its continued and long-term impact to global travel,” Ryan Fitzmaurice, commodities strategist at Rabobank, said in a note. “Crude import demand to the U.S. and Canada’s east coast is likely to be challenged going forward given the reduction in refining capacity there.”

How much money do gas tax holidays actually save drivers? What we know, based on 3 states that put temporary suspensions in place
Rivian Adventure Network launches first fast chargers in Colorado and California
Fierce local battles over power lines are a bottleneck for clean energy
Stellantis invests ~$52M to increase Lithium production for EVs
Summer temperatures — and inflation — are running hot. Here’s how to save money on cooling bills as prices rise