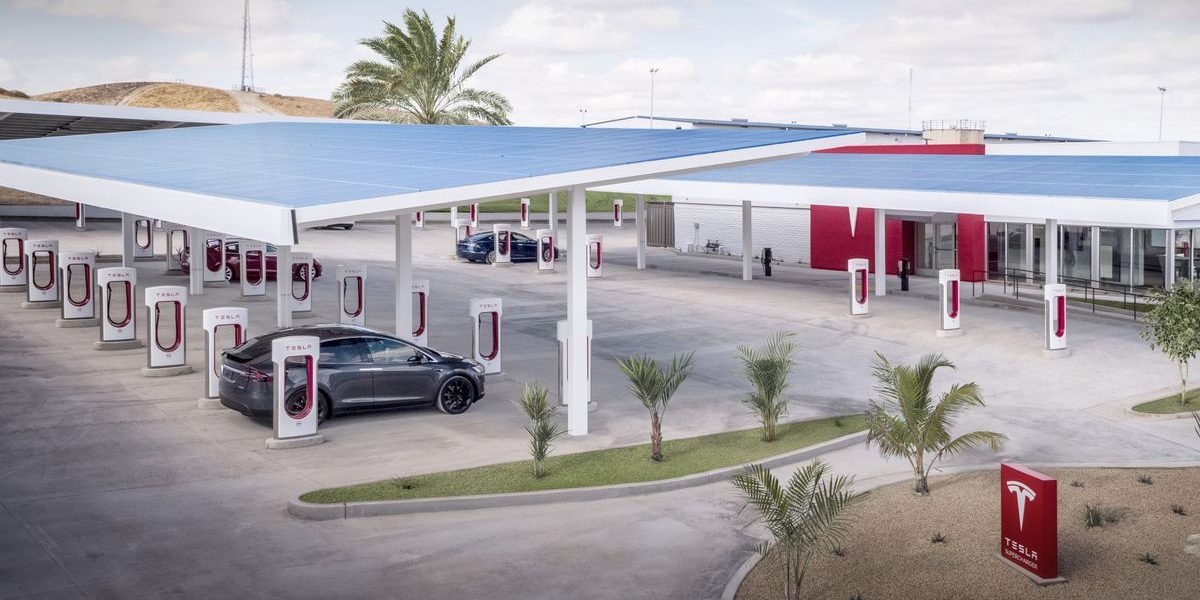 Do you think it’s going to work?

Electric utilities are making large energy users pay ‘demand charges’ during peak use that can be quite taxing, especially to charging station operators.

Charging stations by nature suffer from big discrepancies between their lows and their peaks in demand.

Sometimes no one is charging and sometimes you have multiple cars charging at the same time.

Electrify America told Electrek that some utilities charge them as much as $30 to $40 per kW in demand charges and if some vehicles can charge at over 200 kW, you can imagine that the cost can be quite high.

That’s why they are installing Tesla Powerpacks at many of their charging station.

Tesla is also subject to those demand charges with its Supercharger network, but now the automaker seems to be testing an interesting solution.

Several Tesla owners in California are reporting having received an in-app message from Tesla to make them aware of special rates during the weekend:

“Planning to travel this weekend? Avoid the rush and charge for $0.09/kWh before 9 a.m. and after 9 p.m. at select California Superchargers on October 31 and November 1. This weekend, tap the Supercharger map pin from your in-car touchscreen to find a participating location or view charge rates.”

This is a significant discount of less than a third of the regular price per kWh at most Supercharger stations in California.

The limited time of the offer leads me to believe that Tesla is testing to see if it can incentivize people to use the Supercharging station during off-peak hours to avoid demand charges and makes sure it doesn’t have long lines at some popular stations.

You’d think that charging a third of the usual price would have a good impact since it’s so much cheaper, but many people who use the Supercharger network don’t have a lot of say on when they need to charge since they are trying to complete a trip.

However, some people rely on the network for their day-to-day charging and those people could be convinced to charge off hours for those rates.

What do you think? Let us know in the comment section below.

Biden’s Inflation Reduction Act makes green hydrogen profitable at scale, Goldman Sachs says
Defying forecasts, crude oil prices have wiped out most of this year’s gains and could head lower
Russian oil sanctions are about to kick in. And they could disrupt markets in a big way
China ‘played a great game’ on lithium and we’ve been slow to react, industry CEO says
Europe’s gas price cap leaves some nations dismayed, saying it’s far too high