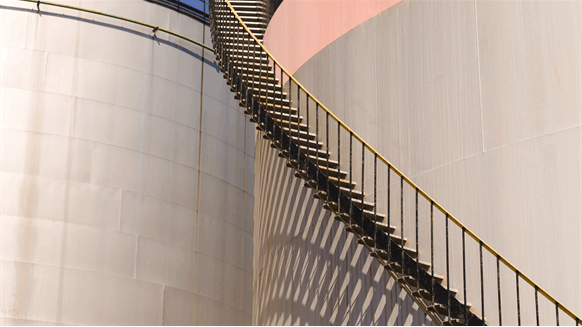 (Bloomberg) — Oil hit a four-month low in London alongside a broader market selloff as swelling U.S. crude stockpiles added to concerns that a fresh surge in coronavirus cases may derail the global economic recovery.

Global benchmark Brent futures plunged to the lowest since June, while futures in New York slid 5.5% on Wednesday, falling to the lowest in almost a month. An Energy Information Administration report showed domestic oil inventories rose 4.32 million barrels last week, the most since July. Still, the data showed an unexpected decline in gasoline stockpiles and diesel demand hit the highest since March.

Prices already plunged earlier alongside U.S. and European equities as a renewed surge in virus cases and tighter lockdowns raised the risk of another hit to the spotty economic rebound. Road use in Europe slumped to a four-month low as governments there ready tougher restrictions to curb the spread of coronavirus. In the U.S., New York coronavirus cases topped half a million.

“This is more of a reaction to concerns over the coronavirus and potential for further restrictions and lockdowns than the crude build,” said Andrew Lebow, senior partner at Commodity Research Group. “Seemingly things are getting worse by the day.”

Fresh demand risks due to the resurgent pandemic and the return of Libyan oil output are raising concerns that additional supply from OPEC+ may not find a market. The head of Saudi Aramco’s trading unit warned there may not be enough oil demand to absorb the planned OPEC+ supply increase in January and traders are cautious of taking long positions on crude due to the uncertain outlook. In the U.S., the lack of another round of virus aid before the election is also clouding the picture for an economic rebound.

“The ‘risk-off’ tone across global markets is the key driver for oil prices today and the inventory report did little to change that,” said Ryan Fitzmaurice, a commodities strategist at Rabobank. “The continued uptick in virus cases, a lack of fresh stimulus, and political uncertainty amid a tightening U.S. election have all soured the near-term outlook.”

The oil market’s structure has weakened markedly in recent days. Brent’s nearest futures contract is at its biggest discount to the next month in more than three weeks, as concerns about the market’s health in the near-term grow. WTI’s prompt spread also weakened on Wednesday. Meanwhile, both Brent and WTI strips for 2021 have softened, with Brent set to close at its lowest level since May and WTI already settled at its weakest since June.

Still, domestic gasoline stockpiles approaching their five-year average is providing some hope for a rebalancing in the market.

“It is a positive, although a slight one,” said Quinn Kiley, a portfolio manager at Tortoise, a firm that manages roughly $8 billion in energy-related assets. “Any time there’s a draw on product, it’s a real sign of demand, especially into the end of these shoulder months.”

Meanwhile, companies operating in the Gulf of Mexico are continuing to prepare for Hurricane Zeta, which has strengthened to a Category 2 hurricane as it heads to the Louisiana coast south of New Orleans. The storm has already spurred U.S. Gulf operators to shut in two-thirds of their total oil output in the area.