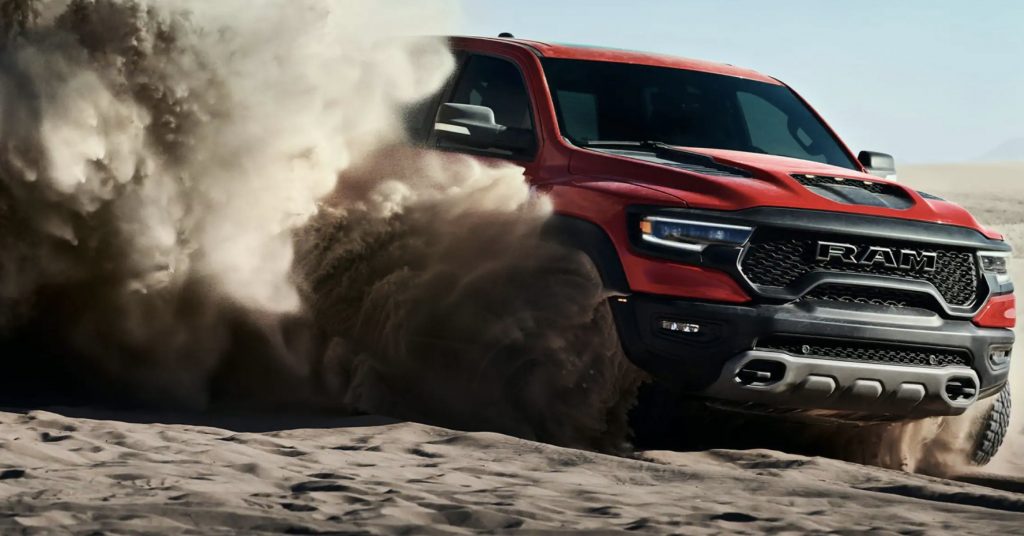 Fiat Chrysler CEO Mike Manley hinted at an electric Ram pickup truck in the legacy automaker’s future. According to the Detroit Free Press, Manley did not offer any other details about Fiat Chrysler’s potential electrified Ram pickup, but he did note that such a vehicle will be coming.

“I do see that there will be an electrified Ram pickup in the marketplace, and I would ask you just to stay tuned for a little while, and we’ll tell you exactly when that will be,” Manley said during Fiat Chrysler Automobiles (FCA) Q3 earnings conference.

Manley’s recent statements hint at a bolder stance on electrification since in the second quarter. During FCA’s Q2 earnings call, Manley remarked that “Obviously, pickup trucks is a key franchise for us, and we’re not going to sit on the sideline if there is a danger that our position gets diluted going forward.”

Several automakers, from veterans like Ford and General Motors to newcomers like Tesla and Rivian, are going all-in on the electric pickup truck market. So far, GM has unveiled the gargantuan GMC Hummer EV, Ford has all but confirmed the work-focused F-150 Electric, Tesla has unveiled its futuristic Cybertruck, and Rivian is coming with the R1T, a luxury-adventure vehicle optimized for the outdoors.

FCA introduced two Jeep vehicles in its Q3 presentation that showed the steps it took toward electrifying its lineup, such as the Jeep Grand Wagoneer and Jeep Wrangler PHEV. Neither of the Jeep variants were all-electric. It seems FCA, at least for now, is taking baby steps towards an electric future, but everyone needs to learn to crawl before walking.

The Jeep Wagoneer will have an electrified powertrain, which does not make it an all-electric vehicle, though it does show some progress on FCA’s part. The electrified Jeep Wagoneer’s production will start in Q2 2021.

Then there is the Jeep Wrangler PHEV 4Xe, which seems like a more serious step toward electrifying the company’s fleet. It will have a 2.0-liter 4-cylinder engine like any traditional ICE vehicle, but the Wrangler PHEV will also be equipped with two electric motors with 400-volt and a 17kWh battery pack. The 17 kWh battery pack is expected to provide the vehicle with 25 miles of all-electric range.

Fiat Chrysler’s steps to electrify two Jeep variants may be a stepping stone toward the electrified Ram pickup truck. He did not specify if the electrified Ram would be all-electric, though given the current trend in the pickup market with the Tesla Cybertruck, Rivian R1T, and most recently, the GMC Hummer EV, it may be a missed opportunity if Fiat does not release an all-electric pickup truck.

Perhaps Fiat could turn to Tesla for inspiration or advice if it were planning to produce an all-electric Ram truck. After all the two companies are not exactly strangers. Fiat Chrysler, together with General Motors, has been buying regulatory credits from Tesla. Tesla’s regulatory credits help the FCA meet the European Union’s strict emissions regulations.

Tesla and the FCA’s deal proved fruitful nearly a year later in April 2020 when the International Council on Clean Transportation (ICCT) announced the partnership made up 39% of total EV registrations in Europe. From that achievement alone, FCA must have a good idea of a RAM EV’s potential in the US market, where pickup trucks are popular.

FCA sold 156,156 Ram pickup trucks in Q3 2020, recorded Good Car Bad Car. Compared to other pickup trucks sold in the United States in the third-quarter, the Ram pickup came in second after Ford’s F-series, which sold 221,647 trucks. The Ram pickup performed just as well in Q3 2019.

Demand for electric trucks have grown evident over time. Interest in newcomers to the pickup truck market, like Rivian and Tesla, reveal that there are customers interested in EV trucks. And the fact that GM seems to have gained some traction with its Hummer EV may be evidence that customers are also interested in seeing what legacy automakers could offer in the market. FCA could grab some of that potential momentum with an all-electric Ram pickup.