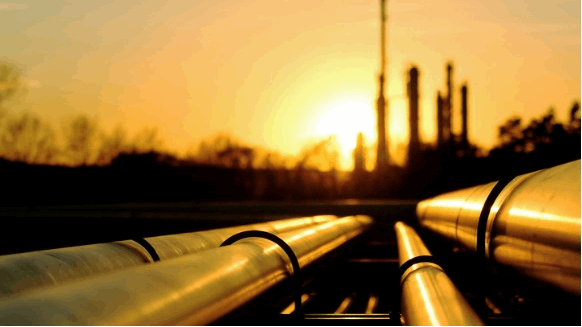 (Bloomberg) — Oil posted a small weekly gain on tentative signs that demand is picking up even as a new wave of coronavirus cases casts a shadow over the market.

Futures in New York edged lower on Friday, but still managed to record an advance of 0.7% this week on shrinking U.S. crude stockpiles and signs of improving demand in China and India. Gains were capped by record new virus cases from Germany to Portugal and the biggest surge in U.S. daily infections in two months.

“We had some bright spots, but the outlook remains really challenged in terms of demand and the rising Covid cases,” said John Kilduff, a partner at Again Capital LLC. “We keep getting these dueling inputs where we get some hopefulness about things picking up and then get knocked back down.”

Crude futures in New York have clung close to the $40-a-barrel mark since September amid uncertainty around a demand recovery as the virus rages. Meanwhile, OPEC producers and allies see a risk of an oil surplus next year if Libya’s production rises and demand remains depressed.

At the same time, the market’s structure continues to strengthen, with the spread between Brent’s nearest contracts at its narrowest since late July. For West Texas Intermediate futures, the prompt spread rallied to its tightest contango in a month.

“We’re having a much stronger consumer than we anticipated, despite a good part of the country struggling to find work,” said Edward Moya, a senior market analyst at Oanda Corp. “Everyone is going to be still consuming a wide variety of goods going into these coming months, and that’s going to be positive for crude.”

The Organization of Petroleum Exporting Countries and its allies are facing pressure to postpone their plans for tapering output cuts. Given the uncertainty over the oil demand outlook, the right course of action is to wait for now, JPMorgan analysts including Natasha Kaneva wrote in a report. The move to add another 2 million barrels of day onto the market in January could be postponed by a quarter, the report said.

OPEC+ is also contending with the unexpected return of Libyan oil output, which hit 500,000 barrels a day this week. The group forecasts that global oil supplies could increase by 200,000 barrels a day next year if Libya manages to revive supply and the pandemic hits demand harder than expected, according to a document seen by Bloomberg.