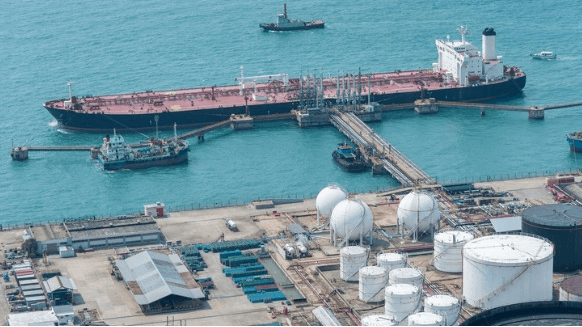 Yet, dimming prospects for another round of U.S. fiscal stimulus before November’s election is limiting crude’s upward momentum. House Speaker Nancy Pelosi demanded the White House revamp its latest offer, while Senate Republican leader Mitch McConnell is pushing a smaller-scale strategy that Pelosi quickly rejected. The S&P 500 Index fell as much as 0.9%, while the Bloomberg Dollar Spot Index rose Tuesday, diminishing the appeal for commodities priced in the currency.

China’s uptick in crude purchases was “a shot in the arm that the market needed,” said John Kilduff, a partner at Again Capital LLC. “There were some worries about China dialing back their teapot refinery activity. It sort of saved the day from adding to yesterday’s carnage.”

Crude futures in New York remain range-bound so far this month. Countries across Europe widened curbs to try to regain a grip on the coronavirus pandemic, while the International Monetary Fund warned that the world economy still faces an uneven recovery until the virus is tamed. Oil demand will take years to recover and will peak at a lower level, the International Energy Agency said Tuesday. After an unprecedented 8% drop this year, global oil consumption will return to pre-crisis levels in 2023, the agency said.

“The IEA report kind of confirms what every other outlook says, that there is a really lousy long-term outlook for crude oil,” said Bill O’Grady, executive vice president at Confluence Investment Management in St. Louis. Prices “are going to be range-bound until we get to the election.”

The Organization of Petroleum Exporting Countries downgraded supply forecasts as its rival producers in the U.S. weather the impact of low prices. The crude-producer group and its allies are due to hold a monitoring meeting on Monday to consider whether unprecedented output cuts they’ve made this year are managing to keep the global market in balance.

Meanwhile, refining margins continue to deteriorate, boding poorly for oil prices as it becomes less profitable for refineries to process crude. The combined refining margin for gasoline and diesel fell toward $9 a barrel on Tuesday, and is at its lowest for this time of year since 2009. In Europe, fuel production at Galp Energia’s refinery has been suspended since Oct. 10, as market conditions forced the company to carry out a planned operational adjustment of its refining system.

“Refined product strength appears to be petering out a bit this week and the crack spread rally has stalled out, at least temporarily,” said Ryan Fitzmaurice, commodities strategist at Rabobank. “If the crack spreads weaken materially from current levels, then that could certainly undermine any further upside in crude oil prices.”