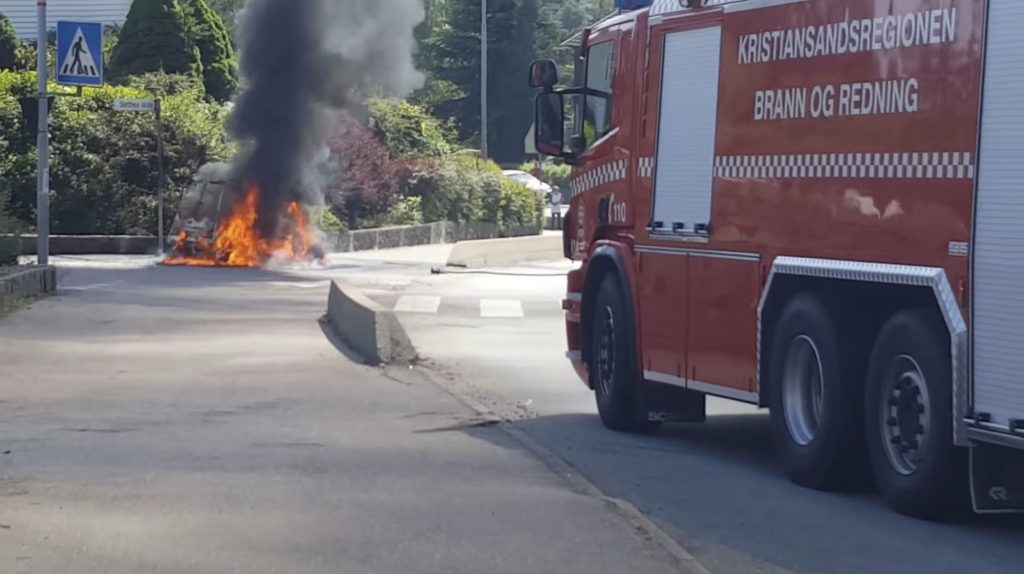 The National Transportation Safety Board, better known as the NTSB, has released a new study showing that around 50% of fire departments are not readily prepared to handle an electric vehicle fire.

The NTSB is a United States government agency that is responsible for the investigation of civil transportation accidents. Some of the most notorious cases they have analyzed are US Airways Flight 1549, better known as “the Miracle on the Hudson,” and the Attacks on the World Trade Center and the Pentagon on 9/11 aircraft used were domestic commercial flights.

The NTSB is also responsible for analyzing the preparedness of various agencies across the country in an accident, which brought on concerns about how ready fire departments were when an EV catches fire.

While this is a somewhat rare occurrence based on information published in Tesla’s Safety Report, which revealed one of the company’s EVs catches fire once every 175 million miles, it is still important to know how to extinguish one if it were to occur. With the evergrowing presence of EVs on the road, fire departments must be prepared for a fire.

The investigation surveyed 32 fire departments in 2018 and analyzed their readiness for handling an EV fire. While the investigation took place over two years ago, the NTSB results were just published earlier this week.

The government agency’s study revealed that 50% of the 32 fire departments had no “post-crash/fire protocols currently in place for hybrid electric/electric vehicles.” 6.25% operated under “written policy,” 12.5% under “Standard Operating Procedure,” 21.88% under “Best Industry Practice,” and 9.38% under “Flexible Operating Plans.” The NTSB also indicated that the majority of the departments surveyed are utilizing “general tactics that can be applied to hybrid electric/electric vehicles or other similar incidents.”

However, the Federal Emergency Management Agency, or FEMA, states that handling an EV fire requires additional knowledge and a dedicated plan of attack to decrease the cells’ likelihood of causing additional damage when ignited.

EV fires are a different animal because of the materials used in the cars. “Electric vehicle fires can exceed 5,000 F. Applying water or foam may cause a violent flare-up as the water molecules separate into explosive hydrogen and oxygen gases,” FEMA writes on their website.

As electric vehicles continue to become more prevalent on today’s roads, agencies must prepare for these situations properly. While EV fires are not necessarily a common occurrence, that does not mean that departments should not prepare for the worst-case scenarios that they are often confronted with spontaneously.

Proper training and response could save multiple lives in the event of an EV fire. As electric cars increase their market share in the United States, it is time for fire departments to learn the proper precautions and handling of these rare scenarios.

The full report from the NTSB is available below.