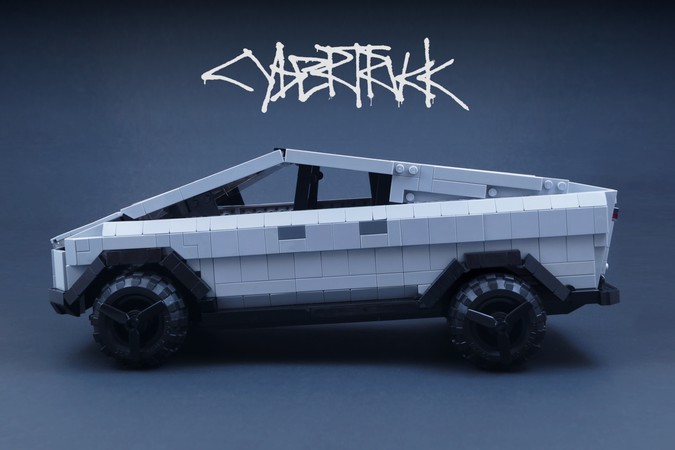 The Tesla Cybertruck’s mass appeal due to its unorthodox design and notorious unveiling event won’t be apart of LEGO’s future plans. The toymaker has ultimately decided to pass on creating a piece-by-piece puzzle of the all-electric car company’s first pickup truck.

LEGO allows fans to develop their own ideas for future products by submitting them to the “Ideas” section of its website. After someone submits an idea for a possible LEGO design, it must bring about support to be considered by the company’s staff. After the idea receives 100 supporters, it earns an additional year to gain 10,000 fans.

The Cybertruck idea, which was submitted by someone named “BrickinNick,” took less than two months to amass the support of 10,000 people.

After receiving 10,000 votes, the Cybertruck idea officially entered the Review phase. LEGO describes the review phase on its website:

“This project moves from the Idea stage to the Review stage. A “LEGO Review Board” composed of designers, product managers, and other key team members will examine the idea. We’ll build concept models and determine if the concept meets our high standards for what it takes to be a LEGO product. This includes factors such as playability, safety, and fit with the LEGO brand. Every potential LEGO product goes through a process like this and must meet the same standards.”

The company states that it can take several months for the team to decide whether a design is worth developing into a product for consumers to purchase. After gaining such a significant nod of support in such a short period of time, it seemed that the Cybertruck would make it into LEGO form. However, the designers had other ideas.

The company officially announced on September 30th, 2020, that the Cybertruck idea had been rejected. However, LEGO did not describe their reasoning for turning down the Cybertruck; it simply stated that it would not follow through with the design process.

Thank you to BrickinNick for the passion and creativity that went into this project, and to all of you who voted so that we would have the opportunity to consider this as a potential LEGO set. We’re sorry to deliver this disappointing news.”

It seems that the Cybertruck LEGO set would have been a great addition to the tens of thousands of possible designs that the company has come out with over the years. It is worth noting that many ideas were submitted, and LEGO only chose one design: a LEGO Globe that can be used for “many fascinating opportunities from educational possibilities to retro display value,” the company writes.

Perhaps the more creative LEGO and Tesla fans can create their own Cybertruck from spare pieces they have lying around.

Tesla Cybertruck won’t be available in LEGO form after all